This is a unique opportunity to work with leading industry experts within cutting-edge facilities exclusively here in Scotland. Our S5GConnect hubs are located nationwide. Connect with your nearest hub now and our Business Engagement Managers will be happy to discuss the services and facilities available to you. 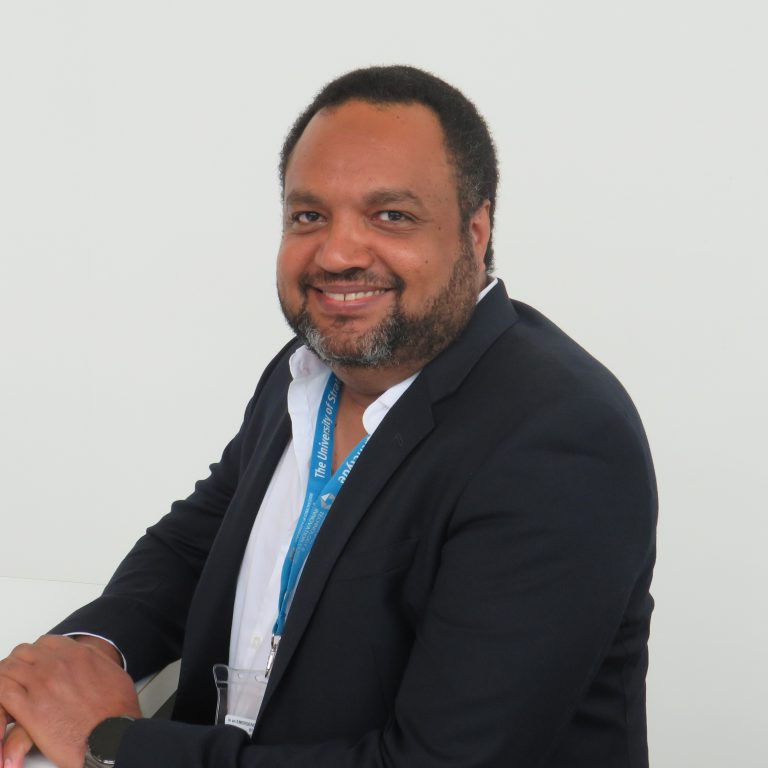 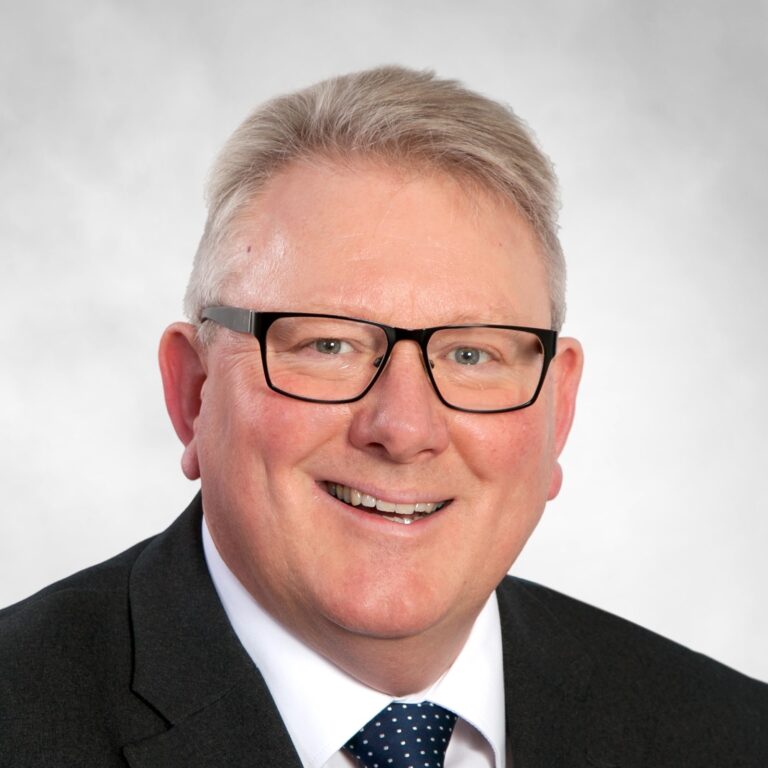 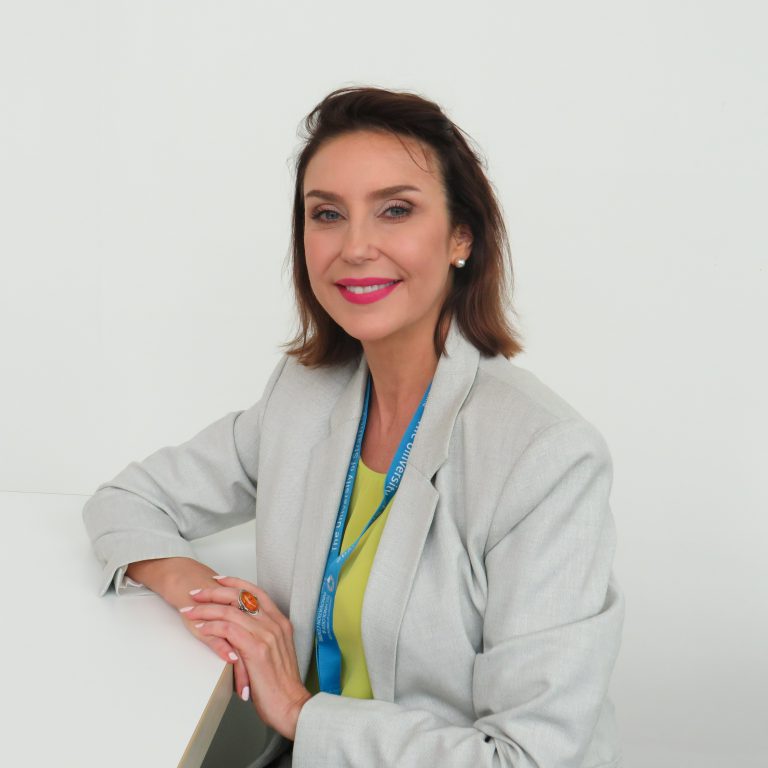 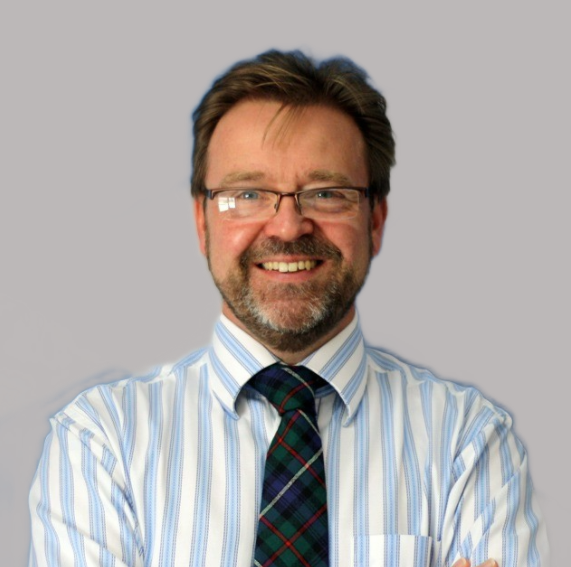 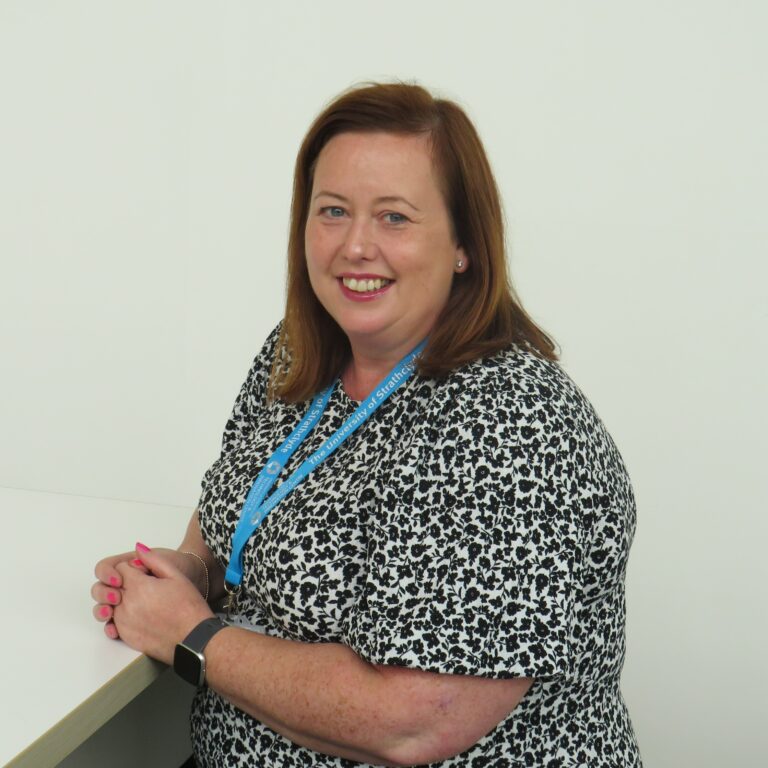 Ahmed Sabir joined The Scotland 5G Centre in July 2022 as the Business Engagement Manager for S5GConnect Aberdeen based at ONE Hub to help accelerate the adoption of the new technology and foster innovation in Scotland. A tech enthusiast, Ahmed enjoys the role immensely and aims to help his clients understand the technology and incorporate it into their business strategy.

Ahmed has spent most of his career delivering high-tech, high-risk projects in remote and challenging conditions. From the Sahara Desert to the arctic North, leading teams across cultures and through language barriers was his biggest challenge and greatest reward at the same time.

After working/living/studying in over 30 countries, Ahmed chose to settle down in Aberdeen in 2014. The longest he had ever lived in one place.

Ahmed switched from his hands-on engineering career to business support in 2016, when he enrolled in the MBA program at the University of Aberdeen and started to work in business consulting. Since then, Ahmed has helped launch many Aberdeen-based start-ups and helped many more existing businesses grow and expand.

Ahmed volunteers as a STEM ambassador and sometimes with “Street Friends”, a local charity working with homeless people or Shelter Scotland.

Andy joined The Scotland 5G Centre team in May 2021 as Business Engagement Manager for the S5GConnect Dumfries Hub based at the Crichton Central, a new digitally enabled collaborative centre for learning and rural innovation at the Crichton Estate in Dumfries, serving the south of Scotland.

Andy’s key role is fostering innovation and collaboration by bringing together partners across the Private, Public and Third Sectors, creating a pipeline of projects that will promote 5G and its relevant application to organisations through the S5GConnect Hub.

Previously Andy has held Chief Executive Officer roles for a chain of residential nursing homes, and an Age UK Brand partner, prior to those as a Head of Service at Loreburn Housing Association where he worked with partners to introduce ARMED, a wearable digital health falls prevention device, into sheltered housing and therefore brings a wealth of Health and Social Care experience to the Hub role. In addition, Andy has worked across Dumfries and Galloway in a business development role for a US multinational serving sectors including the Agrifood sector.

Kirsty joined The Scotland 5G team in July 2022 to engage with the region’s businesses. She brings a specialist range of knowledge from 14 years in Computer Games Development in Dundee with a background working in STEM skills as well as in-depth project management experience successfully delivering Tay Cities Deal pipeline projects. She joins from the Economic Development team in Angus, focussed on engaging with business stakeholders to identify support entering new and existing markets in key sectors.

Kirsty’s career has a legacy of business development, strategy and investment towards business growth and passionate in creating value through enabling people and businesses realising their full potential. Her key role will be working in partnership across public and private industry to create awareness of 5G application through testing and business support via the S5GConnect Hub. 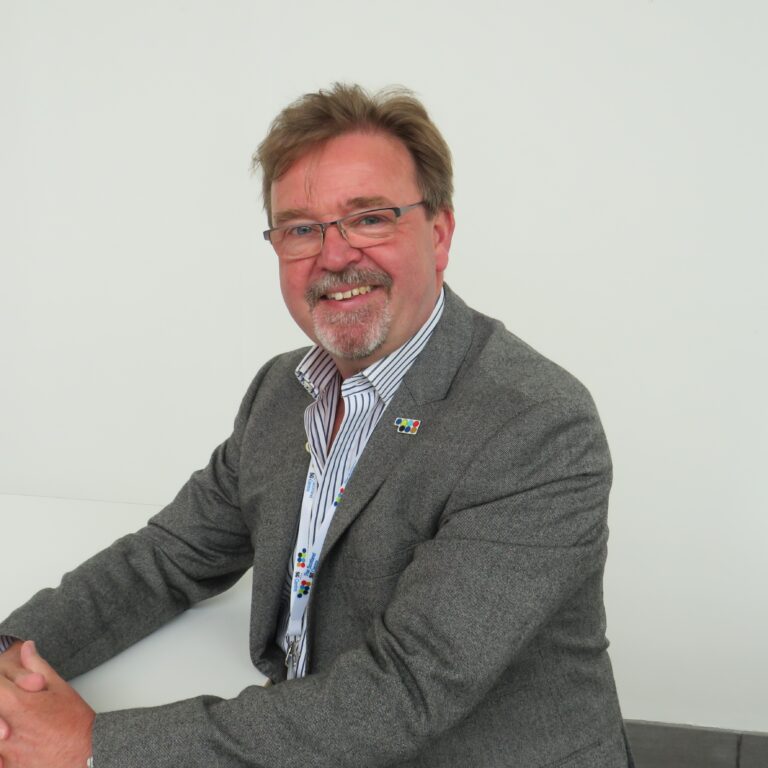 Tom joined The Scotland 5G Centre team in May 2021 as Business Engagement Manager for the S5GConnect Forth Valley Hub bringing a deep understanding of business engagement across a broad range of industrial sectors as well as a thorough understanding of the public service.

Tom has spent many years delivering advice to UK businesses looking to enter overseas territories or expand their footprint in existing markets on behalf of both national & regional governments as well as for the Scottish Government. He is also a seasoned inward investment practitioner helping to build billion-dollar investment pipelines for national governments at home and overseas whilst also supporting the delivery of headline projects, such as the SAIC investment from China into the Longbridge car plant in Birmingham.

After returning from his last overseas appointment in the Middle East in 2017, Tom established his own consultancy company working with local companies looking to internationalise.

Sharon Neely joined The Scotland 5G Centre team in August 2022 as Business Engagement Manager for the S5GConnect HALO Kilmarnock Hub based at the HALO Urban Regeneration.

Prior to joining the Centre team, Sharon started her career in the financial sector at Barclays, leading teams across Ayrshire and Dumfries.

In the last 3 years, she’s been involved in rebuilding thriving economies projects, engaging with businesses and the community to address social and economic challenges.

Sharon delivered workshops to businesses, charity partners, schools and colleges on business growth, digital, and employability skills, on top of financial wellbeing. Focusing on technology and innovation to the Eagle Lab programme, she introduced start-up, scale-up businesses that led to her passion for working in the community. 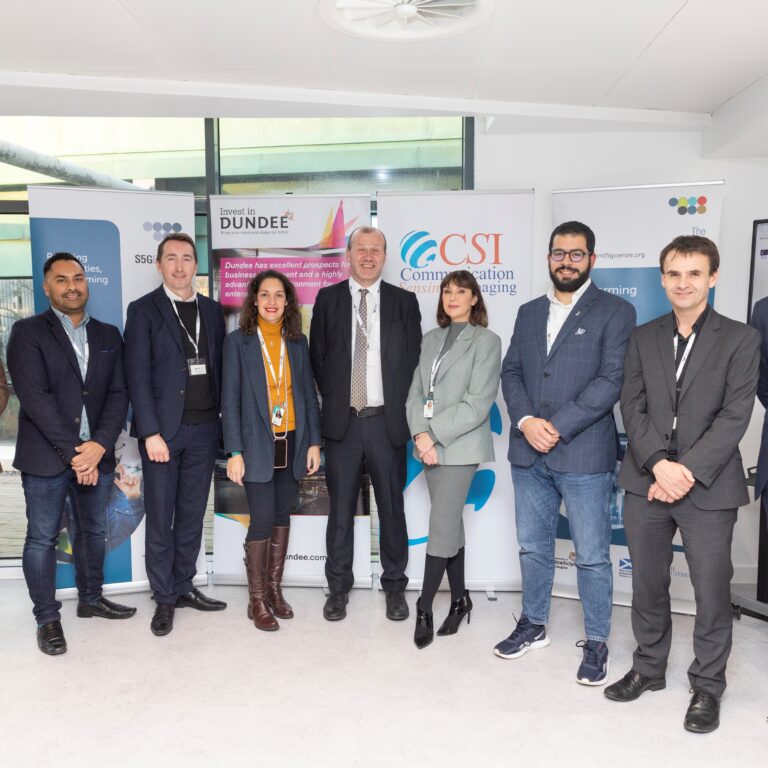 Should you have a general enquiry,  you can contact us by filling out our online e-form below. Your enquiry will be sent automatically to our team who will deal with your enquiry/request. 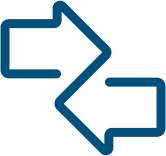 Should you have any business development enquiries, please email:

Head of Strategy and Delivery (ian.sharp@scotland5gcentre.org)

Should you have any operations enquiries, please email: 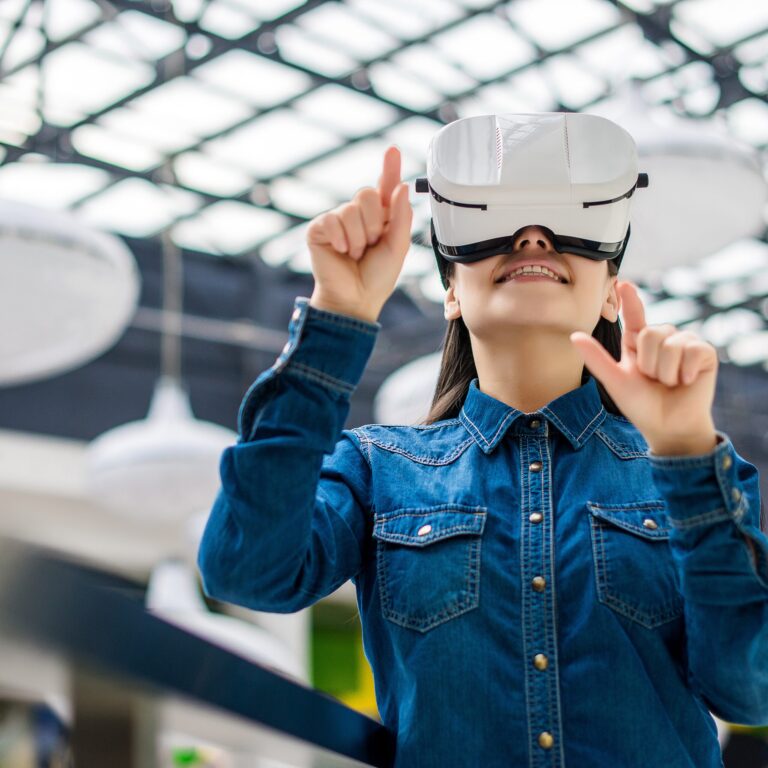 As Scotland’s national centre, driving the education, awareness and adoption of 5G technology and applications, we are keen to build up clear access to innovators in this field. If your organisation is eager to showcase your expertise or become a partner, then please connect with us. 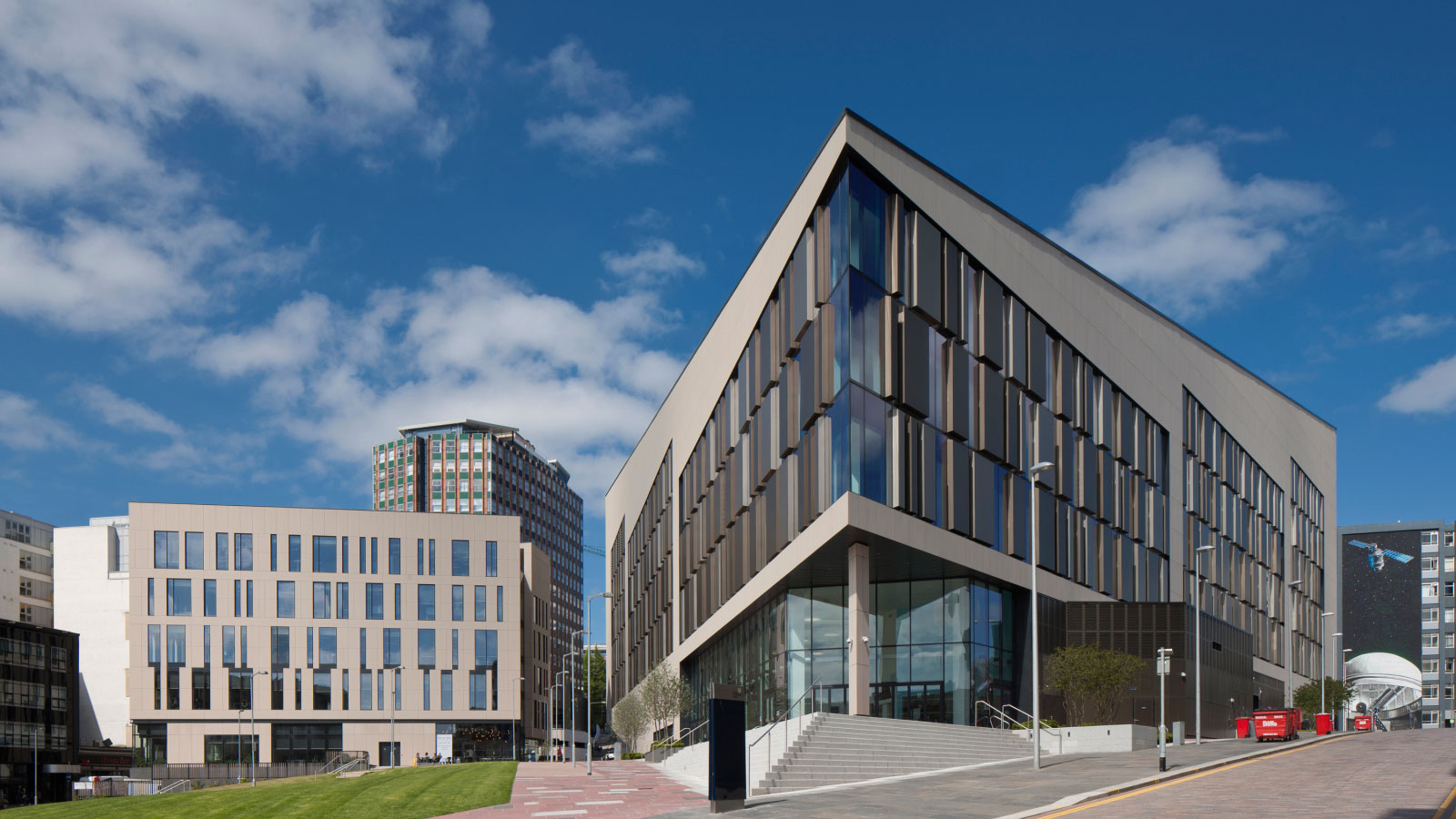